I have just finished working on a side project, restoring my 1973 Dodge Charger. Well, not an actual, physical Doge Charger. All of the restoration work has been done in Adobe Photoshop. This is actually a much cheaper hobby than restoring an actual car. Let me explain by taking you through the process I used in restoring this excellent specimen of American automotive artistry.

First, since the only Doge Charger I own is in my dreams, I had to find a good photo. I found this one on the internet. I would never use a photo off the internet for an actual design job. In this case, I'm only using this image for personal use, to create a new desktop picture for my computer and to demonstrate some Photoshop techniques in this blog article. 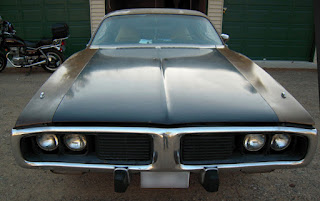 “She may not look like much but she's got it where it counts!” –Han Solo 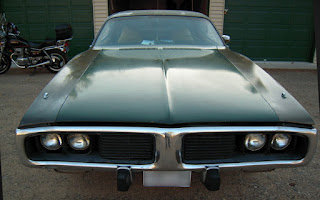 I wanted to change the color of “my” Charger to black. In order to get a nice even black I had to adjust the color of this two-toned hood to bring the two tones closer together. 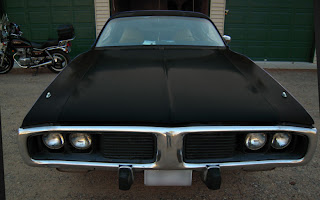 Next, I added my black layer with the blending mode set to multiply. This allows details like seams and shadows to show through while also effectively changing the color of the car. The black is, of course, the default Photoshop black (c75, m68, y67, k90). 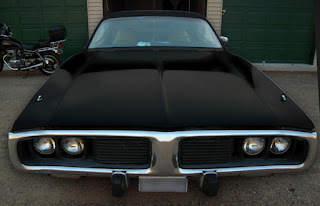 Because the finish on this old beauty is so worn the reflections and shadows are very soft. I painted over the dark reflections, giving them a sharper edge. 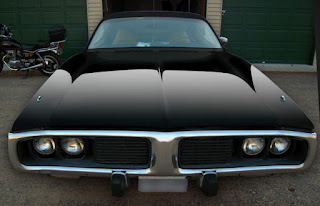 Next, I painted-in the reflection on the hood, making it sharper and brighter. Now, notice the windshield. It is not a very attractive sight at present and I don't much like the color of the interior. I want to give the windshield a much richer look overall.

I began by adding a layer of black, again with the blending mode set to multiply and I also adjusted the opacity.

Next, I added my own idea of what the reflection should look like. I had to play with this a little but through trial and error I settled on one that I liked.

Finally, I added some blue to suggest the reflection of a clear blue sky. Again, I adjusted the opacity until I felt that it looked correct.

I also added a reflective highlight along the outside edge of the car. This will become important later, given what I have in mind for a new background. 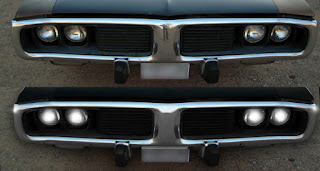 The grill looked a little beat. No doubt this is due to many years of joyful rides along the open highway with the wind blowing through it’s...grill. I used the smudge tool on the chrome to change the clear reflection of a pebbled driveway into a smooth blend of reflected light against a shiny chrome surface. I also used the same tool on the black grill then added a layer of black (set to multiply) and adjusted the opacity so the underlying details could show through just enough. Oh, I also turned on the headlights and added some strategically placed specular highlights. 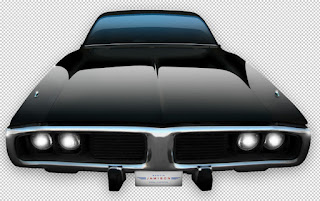 I do not want to keep the current background so I have now removed it. I will replace it with something else later. 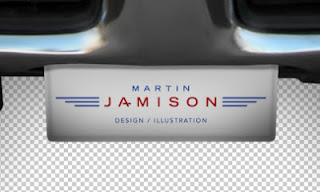 I added my own custom license plate. 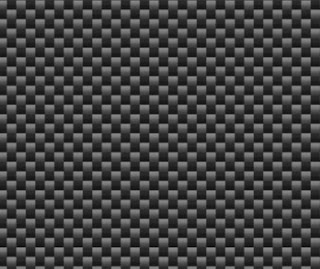 For the background, I used a custom pattern that looks like the material of a car seat. I found this pattern at a site called Premium Pixels. This is a great site to find some nice freebies. I thank my friend Scott Cole for  telling me about this site. 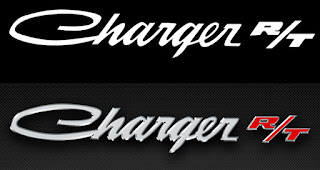 I found a version of the Charger logo that was created in Adobe Illustrator (top). Then I brought the logo into Photoshop to extrude it and to give it a more chrome-like appearance before setting it against my new background (bottom). 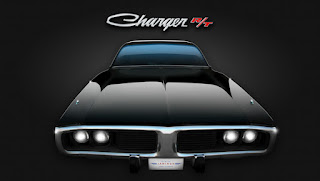 Allow me to introduce you to my dream car!


As I said, I don't actually own this car so please don't call me asking for a ride in it. “Sigh,” maybe someday I'll have one of my own.

Before and After
Posted by Martin Jamison at 10:33 AM

Email ThisBlogThis!Share to TwitterShare to FacebookShare to Pinterest
Labels: PhotoShop