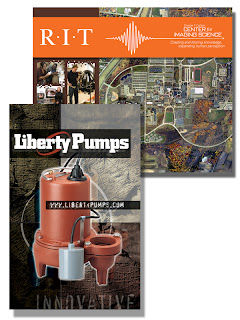 Here are two graphics I've created for two very different clients to be used in their respective trade show displays. One is for Liberty Pumps and the other is for the Rochester Institute of Technology, Center for Imaging Science. Since these graphics are intended to be viewed within a large trade show setting, they have to be able to compete with neighboring (possibly competitor’s) booths. Company branding is very important as is the need to draw attention through compelling graphics.
Posted by Martin Jamison at 12:09 PM No comments: 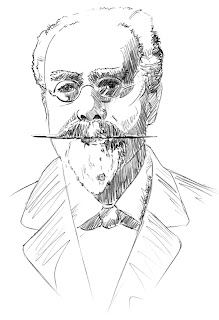 Jonas Ferdinand Gabriel Lippman
2010 Inductee
This past December, the Rochester Institute of Technology, Center for Imaging Science held their ceremony for 2010 inductees to their Hall of Fame. I was once again commissioned to draw the portraits of scientists whose discoveries have contributed to the advancement of imaging science. I so enjoy working on these portraits and learning about the very interesting work and discoveries of these scientists.
In addition to Mr. Lippman above, here are the other 2010 inductees. 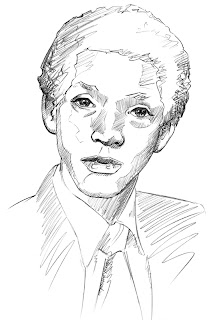 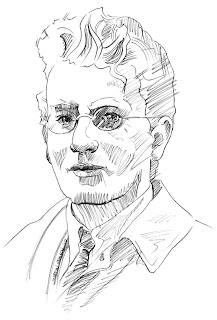 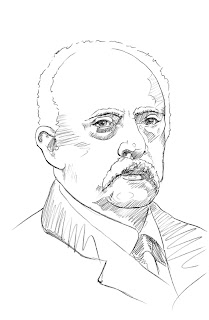 Herman Ludwig Ferdinand von Helmholtz
2010 Inductee
Click any of the images above to see a larger view of these portraits.
To see all of the portraits I have done for the Hall of Fame and to learn more about these scientists, click on this link: http://www.cis.rit.edu/ImagingHallOfFame
Posted by Martin Jamison at 7:01 PM No comments:

The Saint and the Serpent 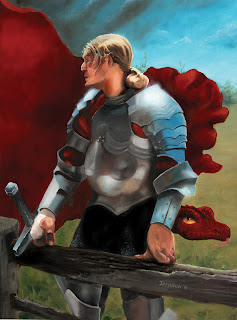 The Saint and the Serpent ©2011 by Martin Jamison
Oil on board. Click image for a larger view.
This saint is too distracted to notice the serpent lurking just behind him. Maybe he’s too busy admiring his cape, all puffed up as it is by the wind. I wonder if he even notices the storm that is coming in on that wind. Perhaps he’s tired from conflict. His armor, after all, looks dented and his hand appears to be injured. If he has just been victorious in battle, then maybe he deserves to be a little full of himself. Perhaps there are some beautiful maidens blowing kisses at him from just out of our view.

One thing is certain, if he’s not careful the serpent will get the jump on him. Where is his shield? Why is his sword not at the ready? Where is his helmet? He’s not exactly prepared for battle as prescribed by the Apostle Paul in Ephesians 6:12-18.

“Wake up, O sleeper!”
Posted by Martin Jamison at 5:33 PM No comments:

Over the hears I've had the pleasure of doing work for Wegmans Food Markets. Usually my work for them has been in the area of illustration. Here is some of that work (click each image for a larger view): 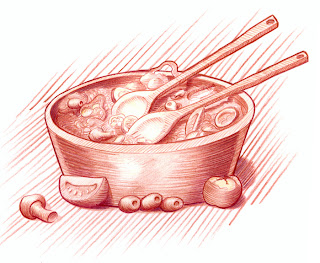 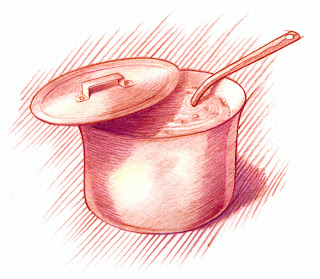 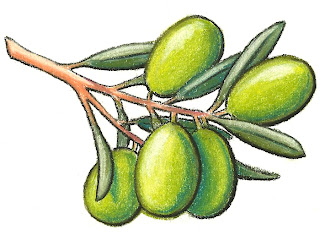 This is a pastel illustration I did for Wegmans olive oil bottle labels. 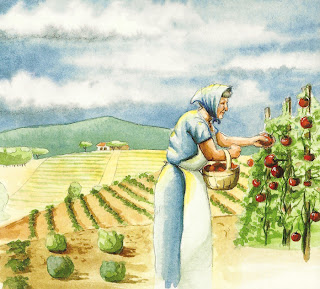 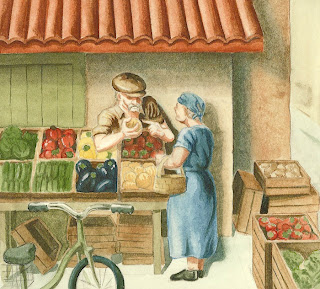 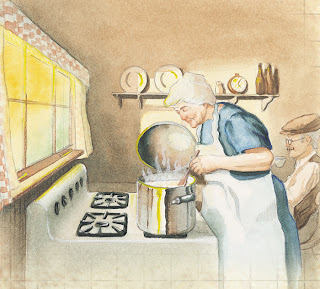 Here are three illustrations I did for Wegmans Italian Classics Pasta labels. The compositions were done by my colleague Dalas Gose. I then did the final illustrations in water colors. I believe there were 4 illustrations for this product line. 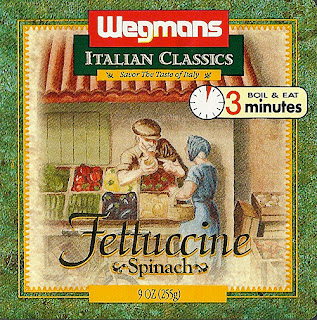 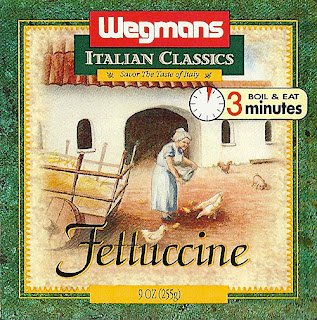 This is how the illustrations looked on the labels.
Posted by Martin Jamison at 8:45 AM 1 comment: