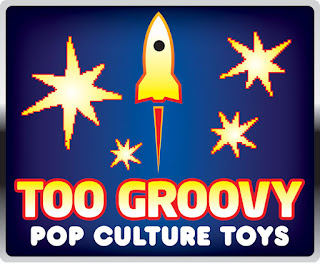 I've recently completed designing a logo for the Too Groovy Pop Culture Toy Store. This new toy store opening in Munhall, PA specializes in pop culture toys from days-gone-by with a greater emphasis on toys from the 1980s.

The client was fond of the logo from the ’80s arcade game Astroids™ and wanted me to use that as a starting point for design and for color selection. I ended up presenting them with 3 logo designs. Above is the design the client chose. Usually, I just give each layout a name like Layout 1 and Layout 2 but that gets boring so this time around I gave them each a fun name. The layout above is called DigiPop, because the pixelated bursts remind us of the early days of digital gaming. 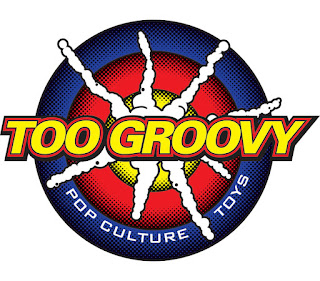 This was one of the runners-up. For AstroidPop I used the font called Univers as this is close to the font (perhaps the exact font) as that which was used in the original arcade game materials. To connect the logo to retro pop culture fare, I used an exaggerated line screen blend in the background rings (rather than the smooth blends of more modern logos). 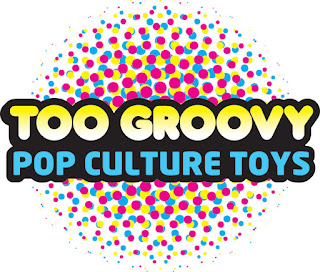 ’80sPop (the other runner-up) was designed to appeal to the more innocent aspects of 1980s pop culture and is also more gender neutral than the other two designs.  To achieve an ’80s feel, I used the fonts Frankfurter and Neo Tech. Behind the logotype is a bloom of cyan, magenta and yellow halftone screens. Again, the halftone screens are a device commonly seen in pop culture art while the color scheme has a 1980s appeal. The smooth blends in the type bring the logo to the present day.

DigiPop hearkens back to the days when the term “hi-res” didn’t exist. And we may not have known exactly what a pixel was, but we sure knew what one looked like. Keeping the color scheme of the original Astroids™ game graphics, I again used the fonts Neo Tech and Frankfurter. These fonts combined with smooth blends of the “game screen” background contrast with the more pixelated bursts and help blend the past with the present. 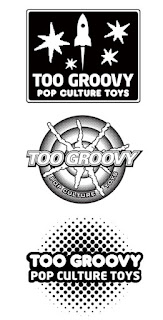 Each logo design can also be printed in one color ink
(a must for a good logo design). 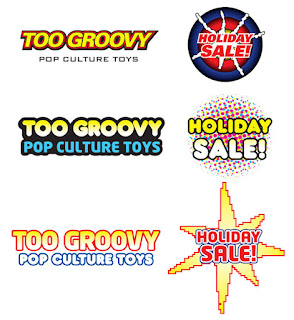 The logotype in all three designs can stand alone while the bursts
can be used in other print materials like store signage and advertisements.

In the past, I've always liked to show three strong designs to the client. The idea is to give them three excellent choices of logos which will best communicate what their company or service is all about. However, I'm beginning to recognize problems with this way of thinking. 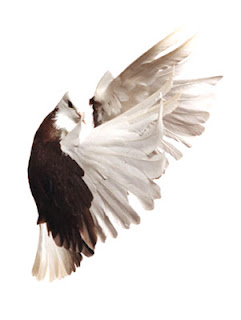 First, if the idea is to come up with the best logo design for a business, then why not just present the design which I, the designer, consider to be the best design for that job. If one of three designs is best suited for that purpose, then why show the other two lesser designs. To make matters more difficult, I usually find 1 of the 3 designs to be my least favorite. I will then wrestle with removing the weakest of the three (the “pigeon design” as one of my mentors used to call it) because most of the time the design I like the least will be the one the client likes best. For the client it is often simply a matter of personal preference. For me, however, there are usually specific reasons I consider the layout to be weak. Perhaps I believe it does not meet all of the 5 elements of effective logo design (a good logo is simple, memorable, timeless, versatile and appropriate for it’s intended purpose), or there may be design issues involved with the “pigeon” which I expect will prove to be problematic when using the logo in other collaterals. Whatever the reason, it becomes an ethical problem for me, almost a kind of design malpractice, to present a design in which I have less confidence. 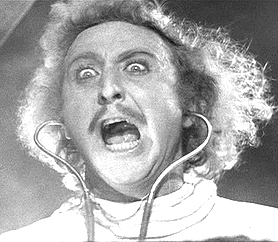 Secondly, I very often find that clients, when presented with three design ideas, will like some aspect of each design and will direct me to create a Frakenstein logo, a chimera combining parts of all three designs. This approach rarely ends well (just ask Dr. Frankensteen).

Fortunately, in the case of Too Groovy, none of the above difficulties manifested. The client liked all three ideas and chose one of the three with no revisions. I was confident to present all three designs. I like each of them and don’t consider any of them to be a “pigeon.” In fact, as far as my preferences were concerned, it was very, very close to a three way tie. Still, a designer always has his favorite. Did the client pick my favorite in this case?