My employer wanted to develop a brand identity around a promotional campaign they were running related to the NCAA basketball championship games. The branding elements would be used in sales flyers and print advertisements.

I began by working up a logo for the campaign. The logotype consists of the typefaces Aachen medium and Univers black extended. I created this logo in Adobe Illustrator.

Click all images for a larger view.
I then moved to develop an image that would communicated the high-energy of the games and would work with the logo. I selected 7 separate images which I would use to create a single photo montage. 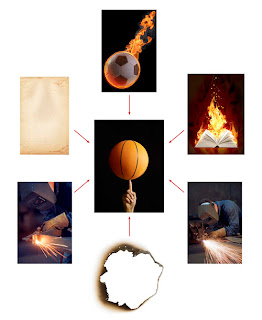 In Adobe PhotoShop I blended these separate images into this single photo montage which, along with the logo, became the branding elements used throughout the campaign. 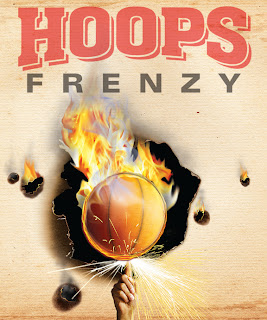 Posted by Martin Jamison at 3:21 AM