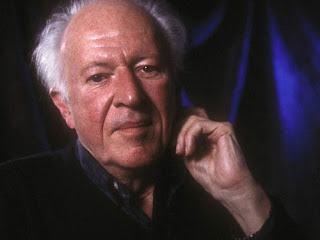 On March 4, 2012 one of my illustration heroes passed away. Ralph McQuarrie became very well known due to his visionary and illustrative contributions to some of the most memorable sci-fi / fantasy films of my generation, including the first Star Wars trilogy (he is the person who determined much of the visual look of the films including the designs of Darth Vader, C3P0 and R2D2 just for starters), Close Encounters of the Third Kind, Battlestar Galactica, E.T., Raiders of the Lost Ark and Cocoon (for which he won an Academy Award) just to name a few. His imaginative vision, translated so skillfully through pencil and paint, captured and stirred my imagination and helped provoke me to pursue a career in visual arts. Now that I have gone through art school myself and have spent the past 28 years trying to reach some level close to Mr. McQuarrie's skill, I have an even greater appreciation for the work of this master of illustration.

Click all images for a larger view.
McQuarrie was born in 1929 in Gary Indiana. The Great Depression caused his family to move near Billings Montana (near relatives) until he was 10. The family moved to Seattle for a short time then to Vancouver, British Columbia and finally back to Seattle where he would finish high school, concentrating on commercial art. There he also began night classes learning technical illustration.

“I got to a point where I could do good isometric drawings. The instructor liked my work and helped me get a job at the Boeing Company. Not everyone was getting jobs. I was kind of lucky.”1

McQuarrie planned to enroll at the Los Angeles Art Center but was then drafted to serve in the Korean War. He was released in 1953 after serving 2 years. When he arrived home, he moved to Los Angeles and entered the Art Center for a little more than 4 hears.

“I quit art school because I wasn't happy with my personal life. I kind of just dropped out of society. I was sitting in my little apartment over a garage wondering what I was going to do. Well, you have to do something. I didn't have enough money to just sit there - or I probably would have. So I went back to work as a technical illustrator for a while. But that was really dull, so I dropped out of that too. I sat down and made five or six illustrations of problems I gave myself after reading articles in magazines. I worked up a portfolio of my own and went up to the San Francisco Bay Area looking for work.”2

Though he initially received a cool response to his work from
his contacts in San Francisco, he started doing book covers and story illustrations. McQuarrie said that at that time he was reclusive and uncomfortable in social situations. “I just wasn't making it as a person,
and my work wasn't sparkling either.”3 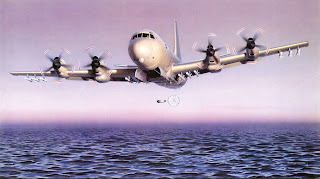 “You can ramble on about life and say no one will give you a chance, but that's not true. People came to me, because they knew I was competent, and said, “Why don't you come back to work?” I went to work for the aircraft industry again, doing illustrations of helicopters, electronic equipment, soldiers, aircraft firing rockets . . . and during that time Sputnik had gone off and we were building missiles and so forth. It was a very good era for people like me. They were hiring almost anybody who could hold a pencil. Some of the work was junky, but I hadn't a clue as to what else I wanted to do.

“Eventually I got sick of the night work and all the schematic drawings I was having to do. Someone came to me and offered me another job, so I went to work for Litton Industries. I worked off and on for this and that company, and between times I dreamed about my own style, night life, read books.”4 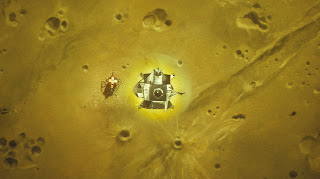 He was working for Boeing as a technical illustrator until 1965. Then CBS News needed someone to create technical illustrations showing details of the Apollo flights including the first moon landing mission. With a recommendation from someone at Boeing, McQuarrie moved back to L.A. and took the job. This led to an interest in movies. He borrowed cameras from his friends and started doing storyboard work. 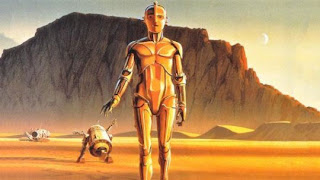 Through a couple of friends McQuarrie met George Lucas who had an idea for a science-fiction movie and needed visuals to help sell the script to a studio. As McQuarrie recalled,


“He [Lucas] liked what I was doing, but was very specific about the feeling and look of the film. He concentrated on little things, like oil streaks and dents, numbers and paraphernalia, everything had a lived-in look.”5

McQuarrie went to work, drawing on his interests in engineering and machine work to help achieve the look Lucas wanted for the films, which Lucas called “implied antiquity.”

Up to this point, Lucas had received only rejection as he tried to sell his idea for Star Wars to several big studios.  McQuarrie created a series of paintings in advanced of Lucas pitching the idea to Alan Ladd Jr. who was, at that time, a top executive at Twentieth Century Fox. Ladd immediately saw the grand scope Lucas had in mind for his movie, illustrated so clearly in McQuarries paintings. Ladd gave the green light to the project and the rest is history. 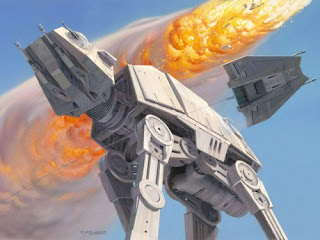 McQuarrie, who was about 45 years old at the time Star Wars was released in theaters, was now about to become the most sought after conceptual artist in the history of film making.

McQuarrie retired before digital illustration became the norm. He worked in the traditional media and techniques of his day. He would generally start his drawings at the same size he planned for the final rendering (15"x8.5"). Working on illustration board, he would tape off the margins and paint a layer of acrylic paint. His media of choice was gouache and acrylics (together).

He related some of his work process in Once Upon A Galaxy: A Journal of the Making of the Empire Strikes:


“I might use several layers of tissue representing different levels in the painting," says Ralph. He’d tape off a piece of illustration board the size of the painting and put a coat of acrylic on it to get rid of the white. "I would then put my drawing down on the illustration board and trace down what I was going to paint. I’d paint my way from the background to the foreground, painting in silhouettes for foreground objects, and then trace down the details from original illustration into the silhouette. I’d paint in the details until I felt the piece was finished.”6 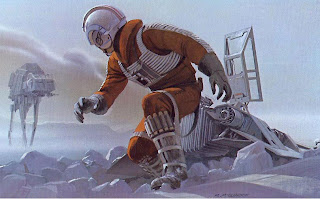 His primary media of choice was...


“Water colors essentially. I use a combination of an acrylic medium, which is a paint that's waterproof once dry, and designer colors, which are an opaque water color you can use transparently or opaquely. I place a tone on the board and paint into it so I can relate every value from somewhere in the middle. I'll put in something bright and I'll put in something dark and thereby know my range.”7 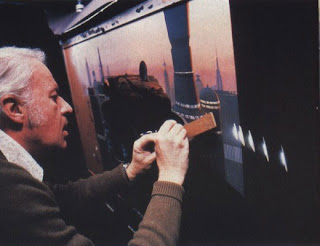 Speaking of his own work, McQuarrie once said, “Who knows what art is? I would like to think my stuff is important, but I don't know if it's any good or not.”8

Mr. McQuarrie passed away due to complications from Parkinson's disease, according to Stan Stice, co-author of the book The Art of Ralph McQuarrie. His is survived by his wife of 29 years, the former Joan Benjamin, and a sister, Joan Wolf.9

Email ThisBlogThis!Share to TwitterShare to FacebookShare to Pinterest
Labels: Interviews/Articles